Who will be New Zealands’ Last Person Standing?

Complete one 6.7km lap within an hour, restart again on the hour….continue…until only one person is left to complete a lap.

Well – here we are again! The 2022 Riverhead ReLaps Backyard Ultra is planned for 2 April 2022 and we thank you for entering. However, we are, as you know, at the mercy of Omicron. BUT….good news!

We to let you know our thinking at this stage. We are continuing to plan that the event is happening in Traffic Light level/zone/alert Red, but with probably only the Ultra event allowed and with limited support. This would keep us under 100 people and allow at least the ultra to happen. Not ideal, because the relay is so much fun and really adds to the weekend, but this looks like our plan.
At this stage we are looking to not allow any personal support crew to keep the numbers down and instead have a “Gang of Supporters” who communally offer some support to all the runners.
We have sold out of our 77 person limit and are now taking peoples names for a waitlist. So if you are no longer able to attend due to injury or whatever, please let us know so we can withdraw you and refund your entry as per the refund policy, which you agreed to when entering.
While we’re taking about policy – please make sure you have a read of our COVID policy (on the website). Most importantly, in order to have any event at all, we require everyone to be fully vaccinated and you’ll be asked to provide evidence of this (Vaccine Pass) at the event.
For those that have entered the relay or solo then please hold fire in case anything changes and we can proceed with those events. At this stage we haven’t been promoting the event (for obvious reasons), so only have 2 solo runners and 3 relay teams entered. We’ll do refunds for you later, as if they happened at this point in time using the COVID refund policy (80% refund or credit for next year).
We can’t wait to to see you there! Lot of fingers crossed…..Get ready to “Keep on Lapsin!”

That’s all for now. We’ll keep you updated with info as we invent it, in this fast changing environment

Summary of the Ultra

How long is this likely to go on?

Past Riverhead Backyard ReLaps Ultra Events have been won by:

Internationally the record is 85 laps (570km) by Harvey Lewis from USA at the 2021 Individual World Backyard Ultra Championships.

Event Director of the United States event and founder of this type of event Laz Lake is renowned for dreaming up events to test people’s limits.  During the US event Laz posts updates on the Facebook page throughout the event and he sums it all up as he wrote during the final hours in a past event…

hour 66: and then there were two
with the passing of gavin woody,
it all comes down to johan steene and courtney dauwalter
one will get everything
and one will get nothing.
life is not fair in big’s backyard.
but you know the deal when you sign up.

Short press articles (including some video coverage) of the US Big’s Backyard event:

The Road to Big’s (the World Champs of Backyard Ultra) 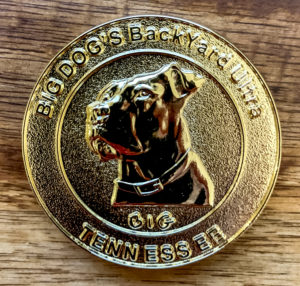 With the popularity of the backyard format there are now hundreds of backyard ultra events now.  Because of this, there is no longer any golden tickets directly into the Big Dog’s Backyard which is considered the World Champs of this format event.  Instead there is a pathway as detailed on the Backyard Ultra Website here, but recreated below:

We run in the backyard for many different reasons. We run because it is fun. We run to socialize with our friends (old and new). We run to go further than we have ever gone before….

But, for many of us, we run because we want to eventually go to Big Dog’s Backyard, and pit ourselves against the best in the world. And why should we not harbor such ambitions? In the backyard, anyone can win. One of the fundamental imperatives for any sport is to leave the outcome in the hands of the athlete. And so we want it to be in the backyard. Your road to Big’s is below. Along the way is the opportunity to represent your country on a national team, to compete for a national championship… and, of course, a clear path to reach the world championships in Big Dog’s Backyard.

In summary, you will find in the Brackets (rounds) for your country a list of Bronze and Silver Ticket events. The winners of the Silver Ticket events will have a place on the national team. New Zealand does not have any bronze events because we only have 3 silver events s there is no need.

In addition to the places on the team secured by winning a Silver Ticket event, there will be places for At-Large additions to the team.  As an example, the 15 man US team will have 6 places determined by the winners of 6 Silver Ticket events. The other 9 places will be determined by the top results on the At-Large list. A good result in any event you run during the qualifying period (which began August 16, 2020 and ends August 15 2022) can place you on that list. The top 9 performances, outside the winners of the 6 Silver Tickets, will earn those runners a place on the team.

The World Team Championships will start on October 15, 2022.

You will be both representing your country as a member of the team (ALL members are scoring members) and competing for the individual National Championship.  The Team Championships were first held in 2020, with Belgium winning, the USA second, and Mexico third.

The top 50 winners of the national championships will secure berths at the World Individual Championships to be held at Big Dog’s Backyard starting October 15, 2023. In addition to those champions, there will be an additional 25 runners selected from the At-Large list… the top performances of the previous 2 year qualifying period (August 16, 2021 to August 15, 2023).

As of 23 January 2022 we have moved to the Red Traffic Light which complicates things ☹, due to the 100 person limit.  We will let things settle a little and make a call in a couple of weeks on if we can hold the event.  Hopefully in this time we will learn how long we’re likely to be in Red and what we need to do.  It is possible we would restrict the event just to the Ultra runners in order to stay under the 100 person limit.

Once you’ve finished your event you’re welcome to stay at the venue and in your tent site, cheering on the other ultra and/or relay runners.  In fact, we encourage it!

The course will be a 6.7km lap through a mix of commercial pine forest and native bush.

The course has around 160m vertical gain per lap, but unlike past years its earlier and mainly all in one go!

Lap times start and finish under the start/finish gantry.

Click on the image below to go to the Strava segment of the 2021 course – this was tweaked a little from the 2019 & 2020 courses to make it smoother, take out some of the more gnarly quad busting downhills.

The same loop will be used for the day and night!! 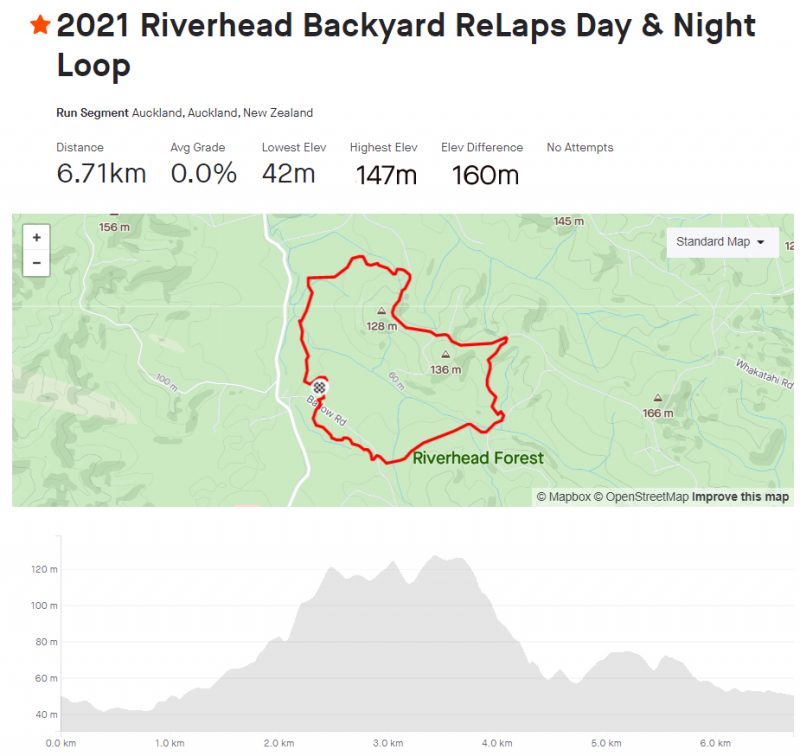 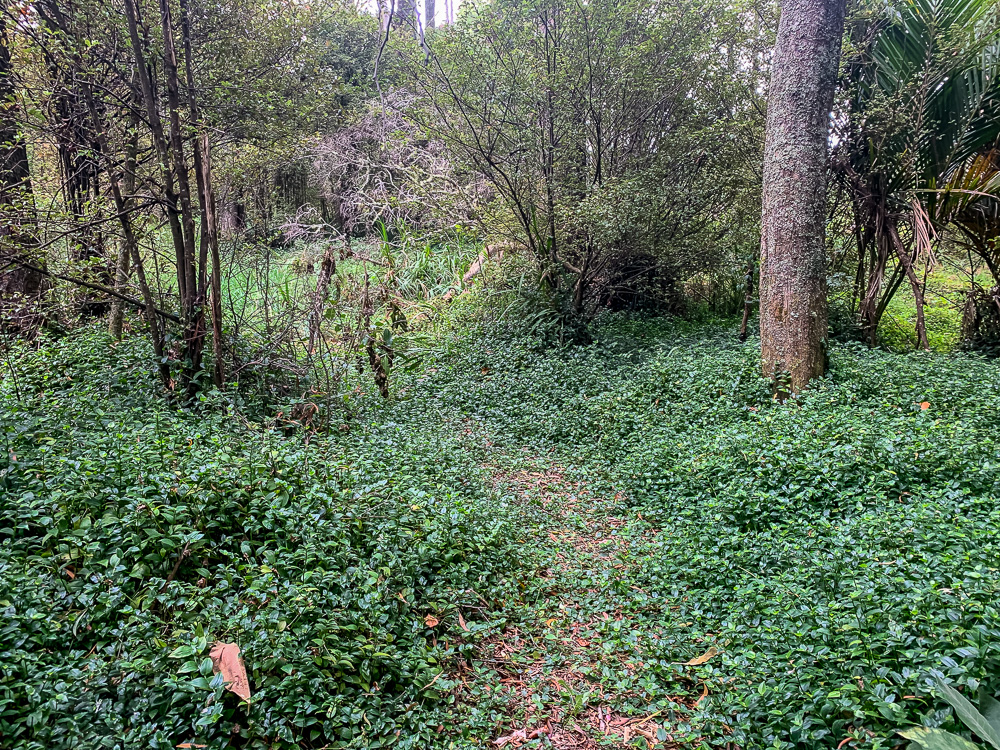 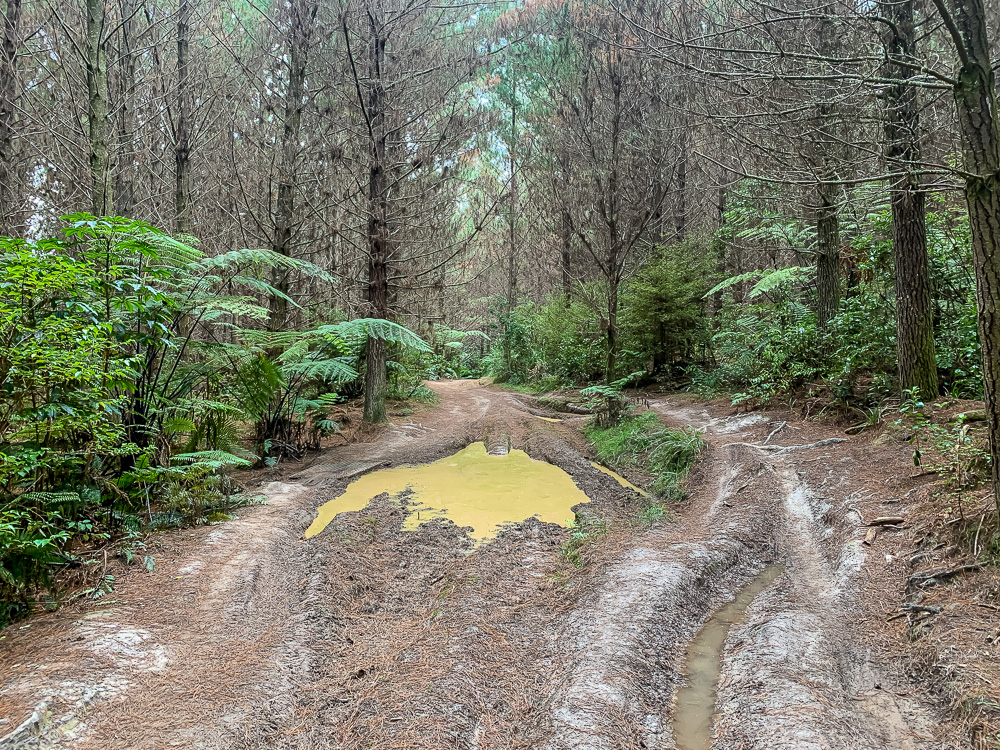 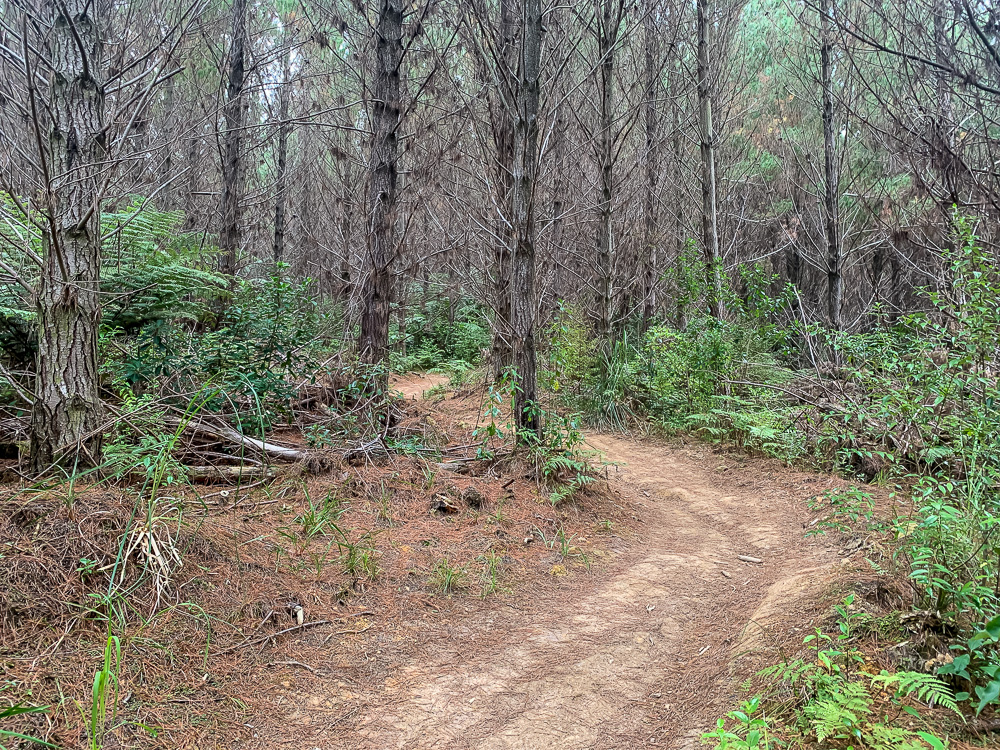 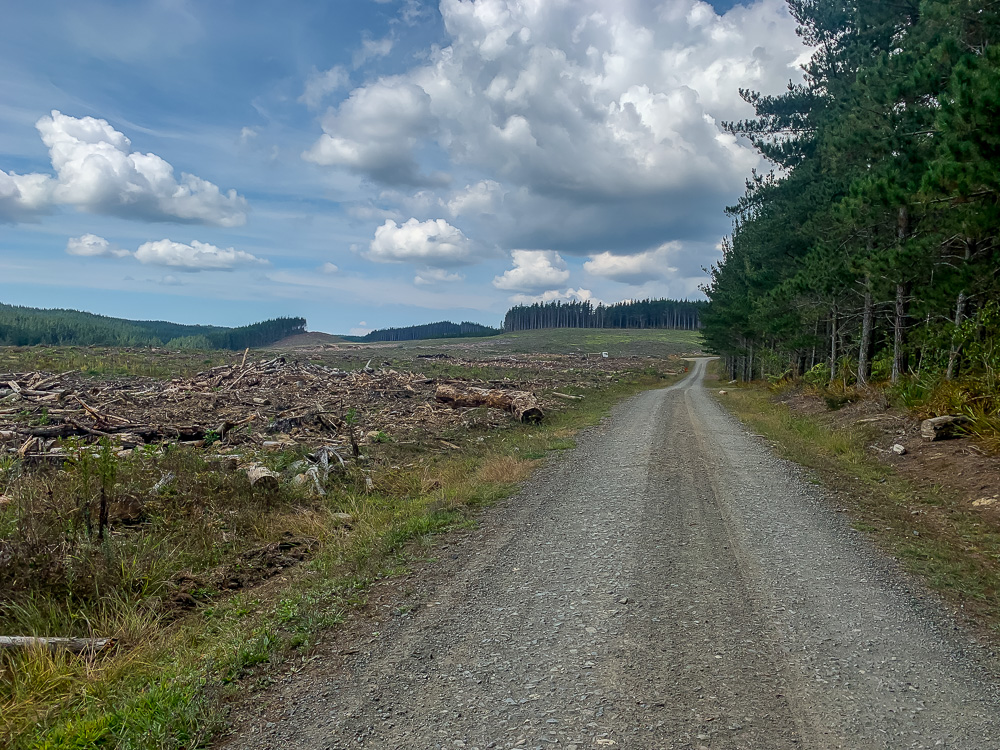 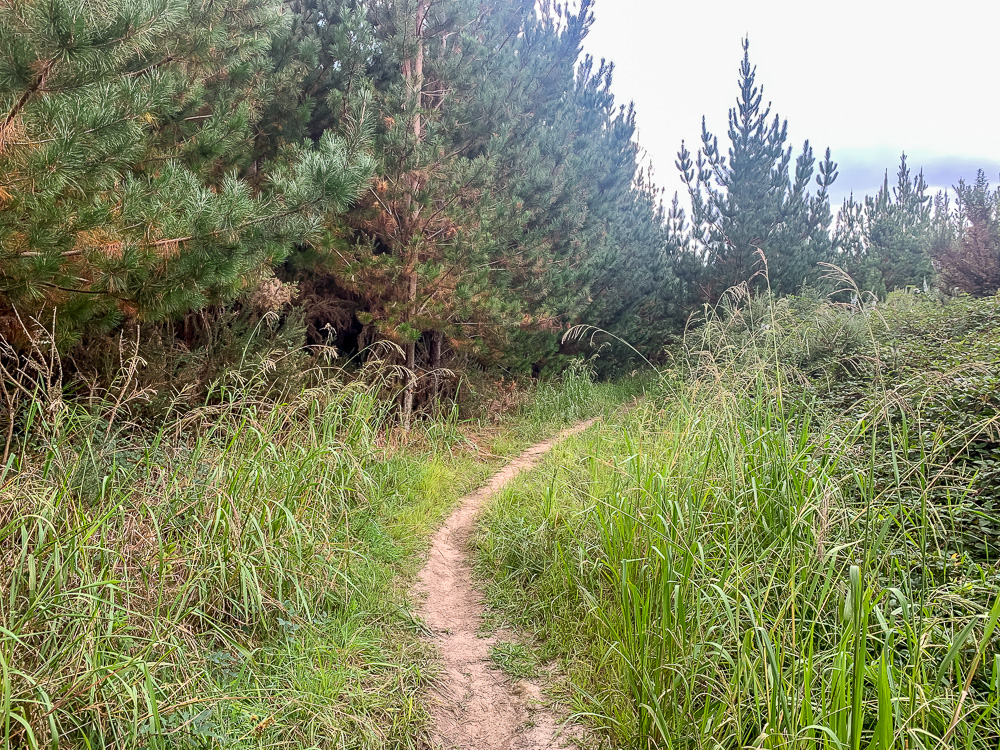 Check out who is entered ….[HERE]

Because of the lap nature of the course there is no compulsory gear required.

We recommend the Riverhead Backyard ReLaps Ultra runners have support crew. This is limited to a maximum of 2 people at a time (based at the runners support tent).  We’re happy to relax this a little after 12 hours and the numbers are reduced and there is more space.

General supporters can cheer/encourage/kick up the arse at the finish line etc but can not join the runner in their tent. This is to prevent overcrowding on the course around the tents.

We welcome spectators to come and have a look and support all the runners, however this is at the event centre only.  No spectators are allowed out in the forest, as they may be deemed support for a runner and may result in that runners disqualification.

Please be aware of the limited resources we have had to bring on site, e.g. toilets and water which participants have helped pay for so, they should have priority.

No dogs are allowed in the forest or at the event centre please.

There will be no aid stations or any water provided out on the course – you’re on your own, in this regards, when you’re out on the lap…its only 6.7km!

There will be water available for participants at the event base.  We are cup free so please bring your own vessel for holding water.

Each individual will be allocated a 3m x 4m site within the event base.  No vehicles will be allowed on the tent sites.

Individuals doing the Riverhead Backyard ReLaps Ultra will be given sites closer to the finish line.

Team tent sites do not have power or water. 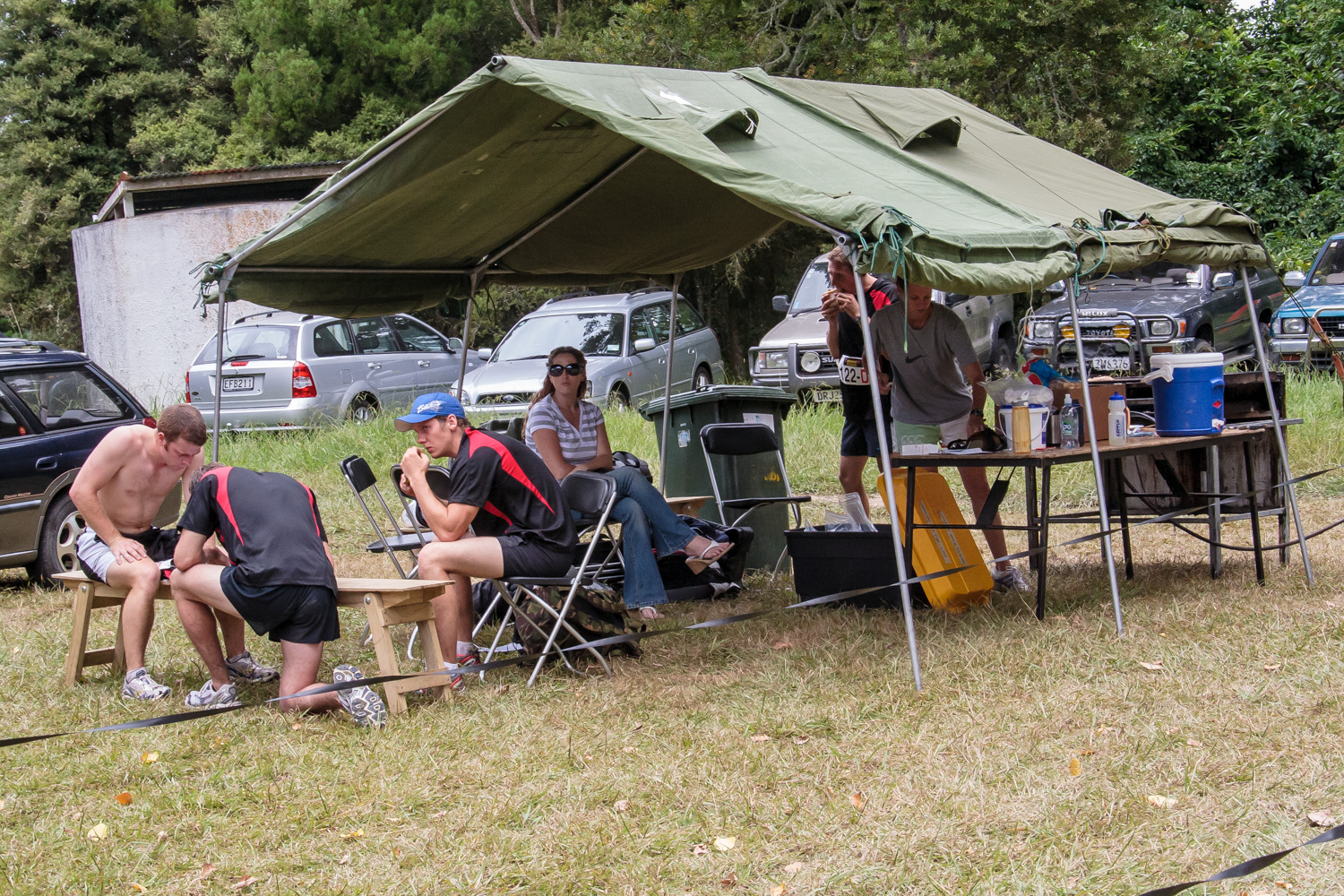 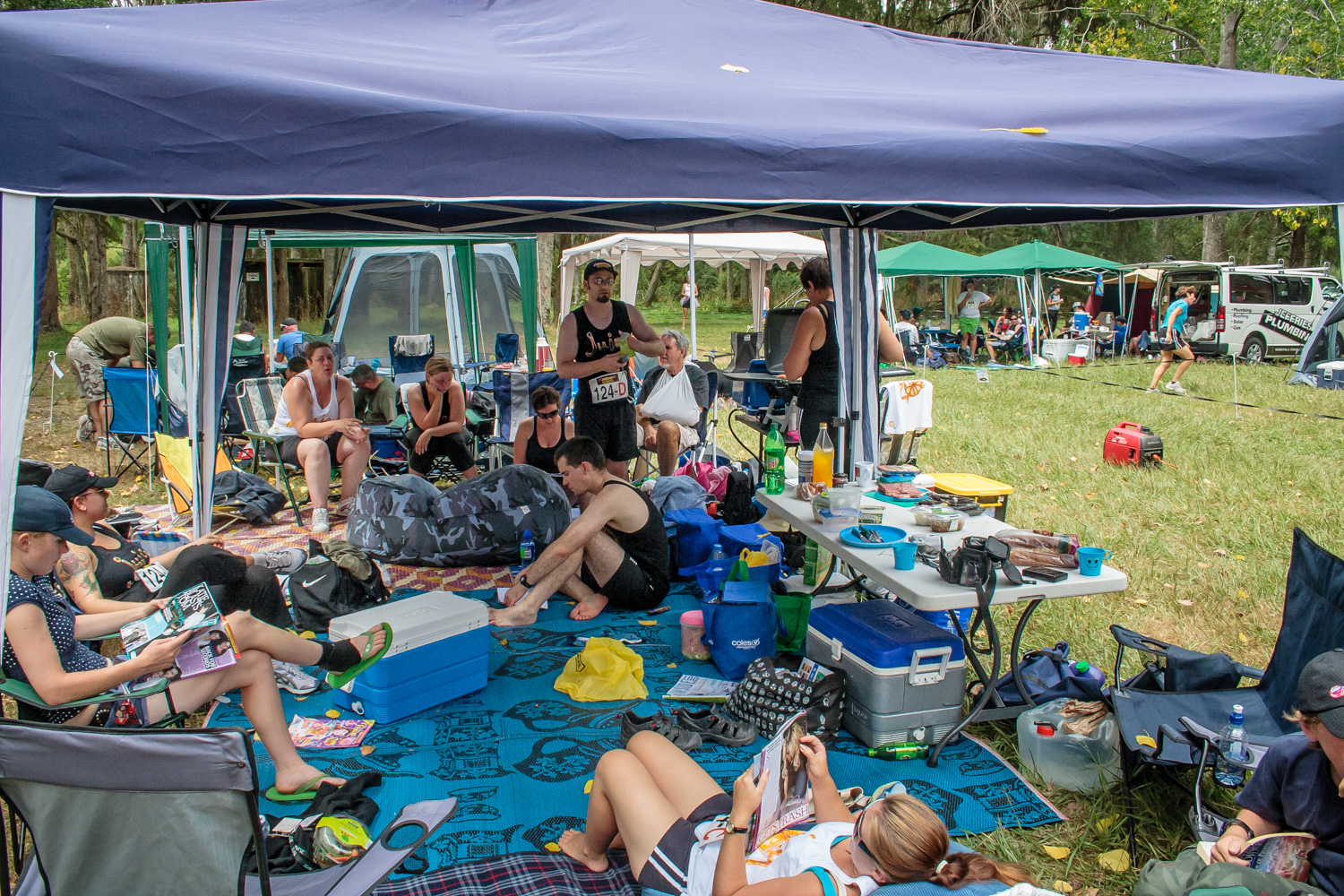 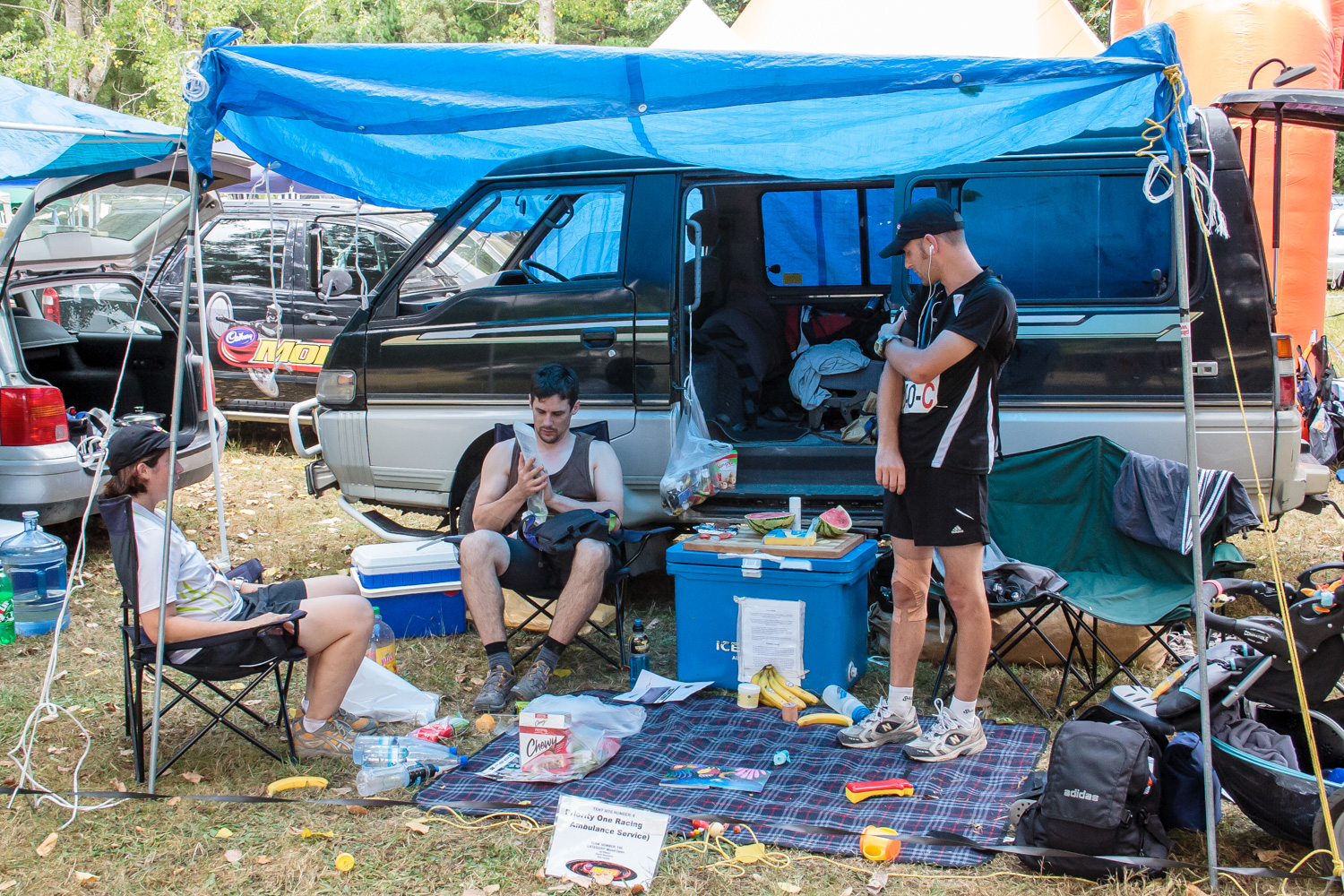 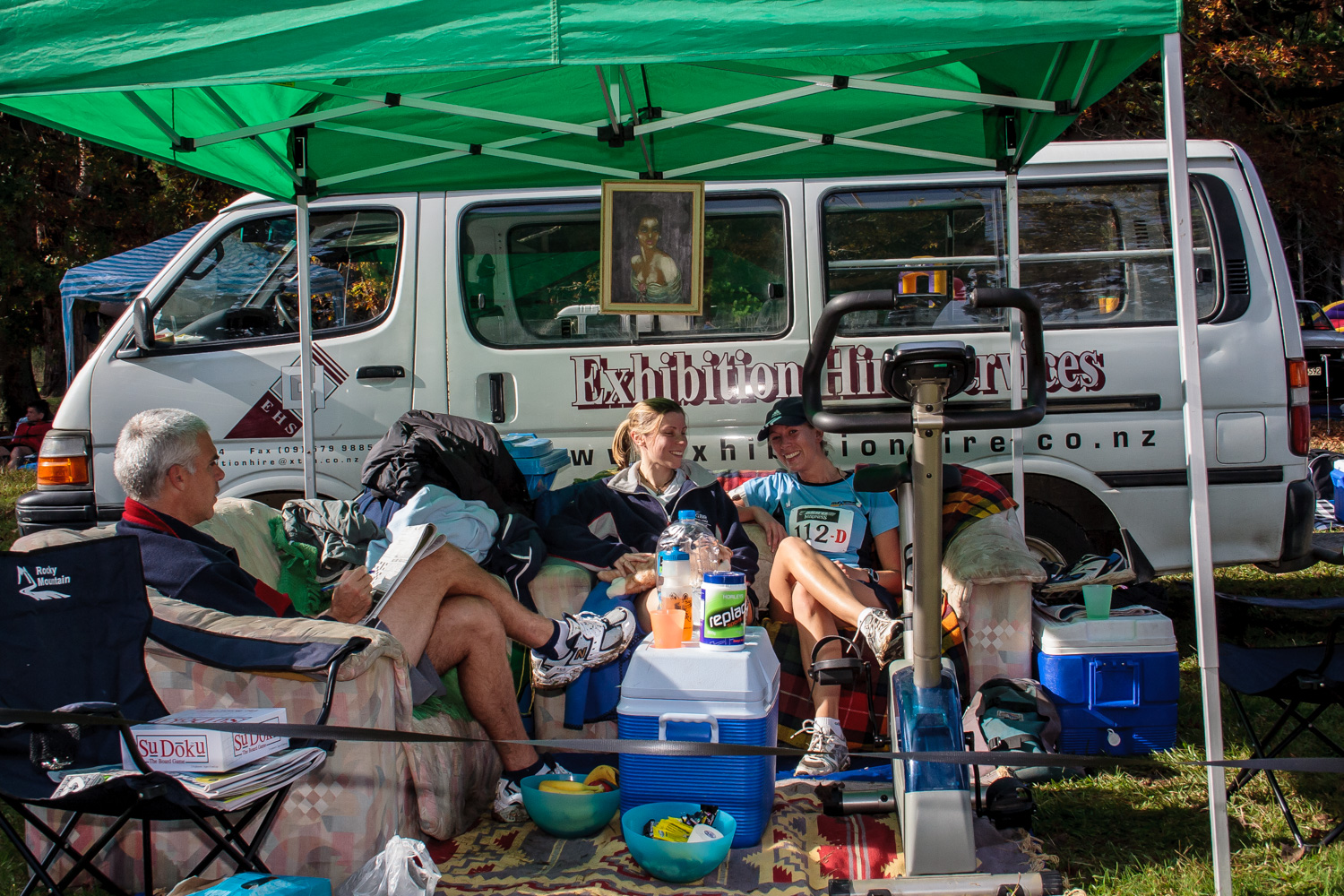 We have event trucker caps and t-shirts for sale as part of the entry process or our online store HERE.

We wear these caps ourselves and no matter if its a formal cap for wearing out and about or your running cap, these things look good and are quality. Making use of the fancy event logo these shirts can be worn with pride! 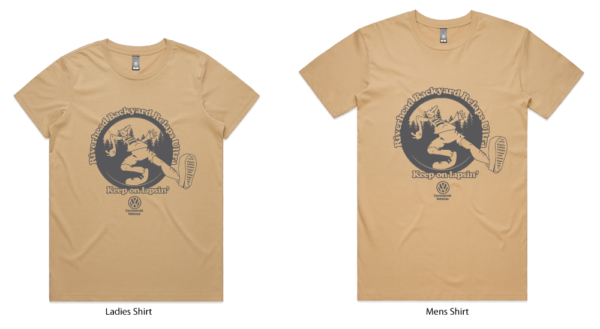 The following food and drink vendors will be onsite at various times throughout the weekend.  Probably best to bring cash because mobile reception is patchy, so EFTPOS may not work.

The most popular dishes are the lemongrass fried chicken and a sticky pork belly that just melts in the mouth.

Available Saturday lunchtime till around 4pm

The local scout group will be doing a BBQ on Saturday night from about 5pm (menu to be confirmed). They will then return at 7am the next morning, on Sunday to do egg and bacon butties! 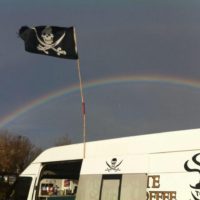 The peeps from Pirate Coffee will be there selling hot drinks.

The lovely peeps from Realign Massage & Neuromuscular Therapy will be at the venue offering massage for $20 for 15 minutes.  There will be 2 therapists per shift, Friday 1pm-5pm & 5pm-9pm. Saturday 9am-1pm; 1pm-5pm and maybe depending on demand  a late shift of 5pm-9pm. The following are the rules of the event and you will sign your agreement to these during the entry process.